My 4th of July

The holiday turned out to be a gorgeous day, weather-wise. The high was about 83, but it never felt really hot because of big puffy clouds overhead providing periods of shade, plus a nice breeze throughout the day.

We went to the town of Poughkeepsie fairly early while it was still cool, to take the walkway across the Hudson River. Sandy and I took the two boys and Lady. I was concerned about Lady being around so many other dogs as Sandy had told me there were always lots of them. I need not have been worried - I have never seen so many well-behaved dogs of all breeds and sizes. Even the Yorkies were not barking, and there was no barking or snarling of any kind, nor any kind of aggressive behavior. We met a beautiful golden colored pit bull who was just as calm and enjoying the stroll as any other dog on the bridge.

On the approach to the bridge is a doggie clean-up bag station that provided plastic bags and a place to dispose of them. There was even a pet watering station that was filled with cool water for the dogs.

It is about a mile walk to the middle, which is as far as we went, plus the mile back. We took our time and all enjoyed the morning's excursion, after which we had lunch at a place with an outdoor covered patio, so we could bring Lady out of the car and let her sit with us while we ate. I came home and took a nap, but I think the boys never stopped to rest at all.

A couple of hours later, we went to the "beach" which is nearby. It was once a quarry as I understand it, and the workmen found a spring and just let the quarry fill with water. It is well kept by the county (I think) which charges admission and provides lifeguards, as well as enforces enough rules that it is a nice and safe place for families. (My senior status got me in free, and Justin was also a freebie as he is still 2 yrs old) I was surprised at the make-up of the crowd - many of the families were multi-generational which is so nice to see. There were various game areas, for volleyball and other types of play.

The pictures are hazy because the morning was hazy. I took a lot of pictures with my Minolta fiim camera, and I'm looking forward to finishing the roll so I can see how they turned out. My experience has been that the color and definition is so much better with the film, although a hazy day is a hazy day. (I know that about 99-9/10 of the people love digital cameras and wouldn't use anything else, but I can't see what is on that screen, no matter what I do. I prefer looking through the view finder, and I prefer the resulting photos as well. So I am not looking to debate the merits of digital.)


A sign at the beginning of the walkway across the Hudson River: 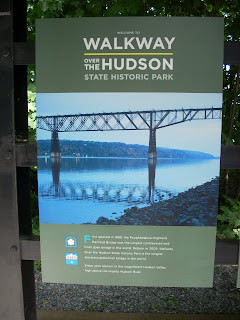 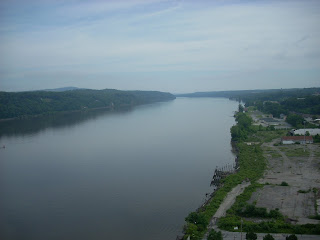 Looking south and the Mid-Hudson bridge across the river: 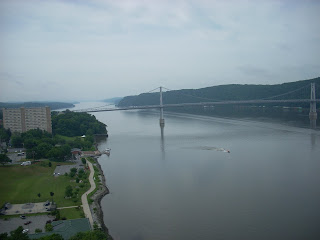 When I was waiting to get my rig in the fall of 2008 I bought my first GPS. I tried to figure it out and after a few frustrating minutes I put it back into the box and into the console of my Jeep. While driving through Poughkeepsie I happened to get into the wrong lane and found myself on the Mid-Hudson bridge. I crossed the bridge and as soon as possible, pulled off the highway and into a parking lot, where I was determined to get the darn GPS to work for me. I've been mostly happy with it ever since. 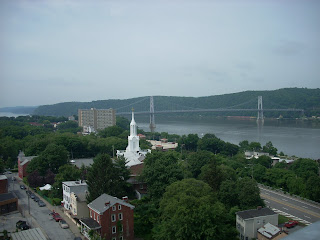 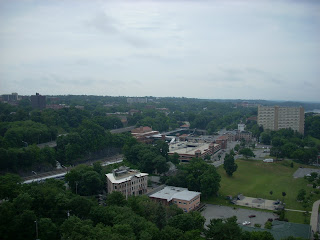 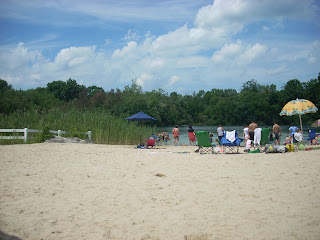 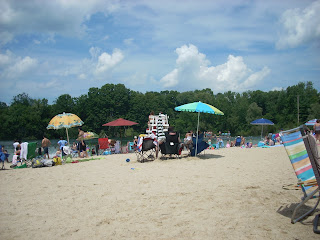 Now that the holiday is past and everyone has gone back to work and to daycare, I have been looking into a shipping company to have my things moved from the Asheville storage to CA. I may try to get the rocking chair back to NY and store it in Mike's basement, as that will be the biggest problem if I use motor freight for shipping. I even looked into renting a U-Haul moving truck and a tow dolly for my Highlander, but that costs more than the freight charges, and they would only allow me 9 days and enough miles that I would have to take the shortest route across the country. So that is not a viable solution. I'm sure I will figure out something and probably at the last minute. They need 24 hours notice for motor freight, and if I can get rid of some of the contents I think it will be ok. Some of the boxes contain files of genealogy material and are very heavy.

The gentleman I spoke with said there will be 1 guy on the truck and I should have someone there to assist him if there is any heavy furniture. A liftgate truck is $72 extra, and while it would be easier I'm still undecided about it. I figure I moved every single item into that storage unit, and then after a year I pared down some of it and moved it all myself to a smaller unit. I am certain there isn't a box I can't manage myself, and I may break some of the heavier ones down into two separate boxes. I should have taken care of this situation a while back, but since I didn't I'll just have to buckle down and do it now.
Posted by Gypsy at 11:12 AM