Denise and I finished the repacking this morning and lined up the boxes in storage until the shipper comes Wednesday. 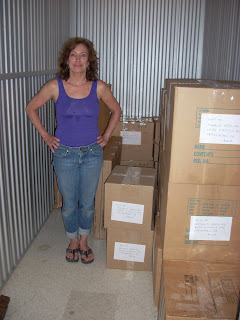 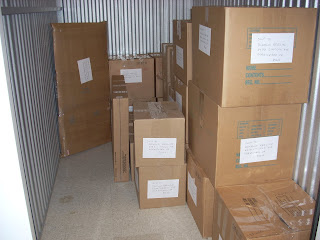 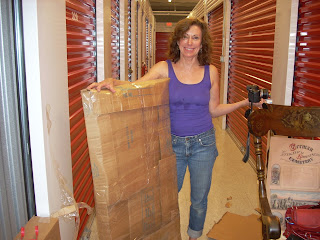 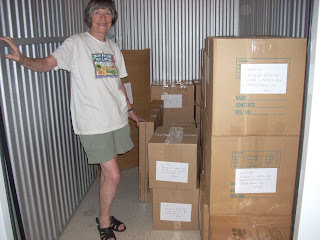 I don't know why the two lines of code are visible in the blog, and I don't know how to get rid of them.


We worked until about noon and stopped for lunch. 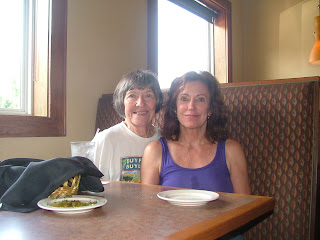 Denise then checked out of the motel and started back to Durham. I took a lot of stuff to a Goodwill drop-off point and then came back to my room for a nap. I picked Lady up at about 5 pm, and she will spend the day there again tomorrow. I've decided that I don't need to make any more trips to storage, so I'll just keep her with me on Wednesday and leave her in the motel room while I'm meeting the shipper. She sleeps all the time anyway and I'll leave the A/C on for her.

I was shocked when they weighed Lady this morning - she weighs in at 87-1/2#, which is the most she's ever weighed. I don't understand what it could be except maybe the boys are giving her too many treats. She doesn't overeat - at least I don't think she does. I set down a bowl of food a day and she eats it when she wants it, usually during the night. I know the extra pounds aren't good for her bones, and she sometimes goes down to the floor very slowly as if she is in pain or else her joints are stiff. Poor thing.

And here is a picture of Napoleon: 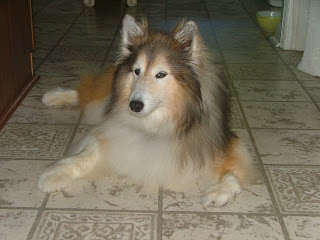 I will probably turn in early this evening as I am still tired. I think I am losing my voice, which could be the air quality and allergies, or that I've talked too much over the past couple of days. Probably a little of both.
Posted by Gypsy at 6:41 PM